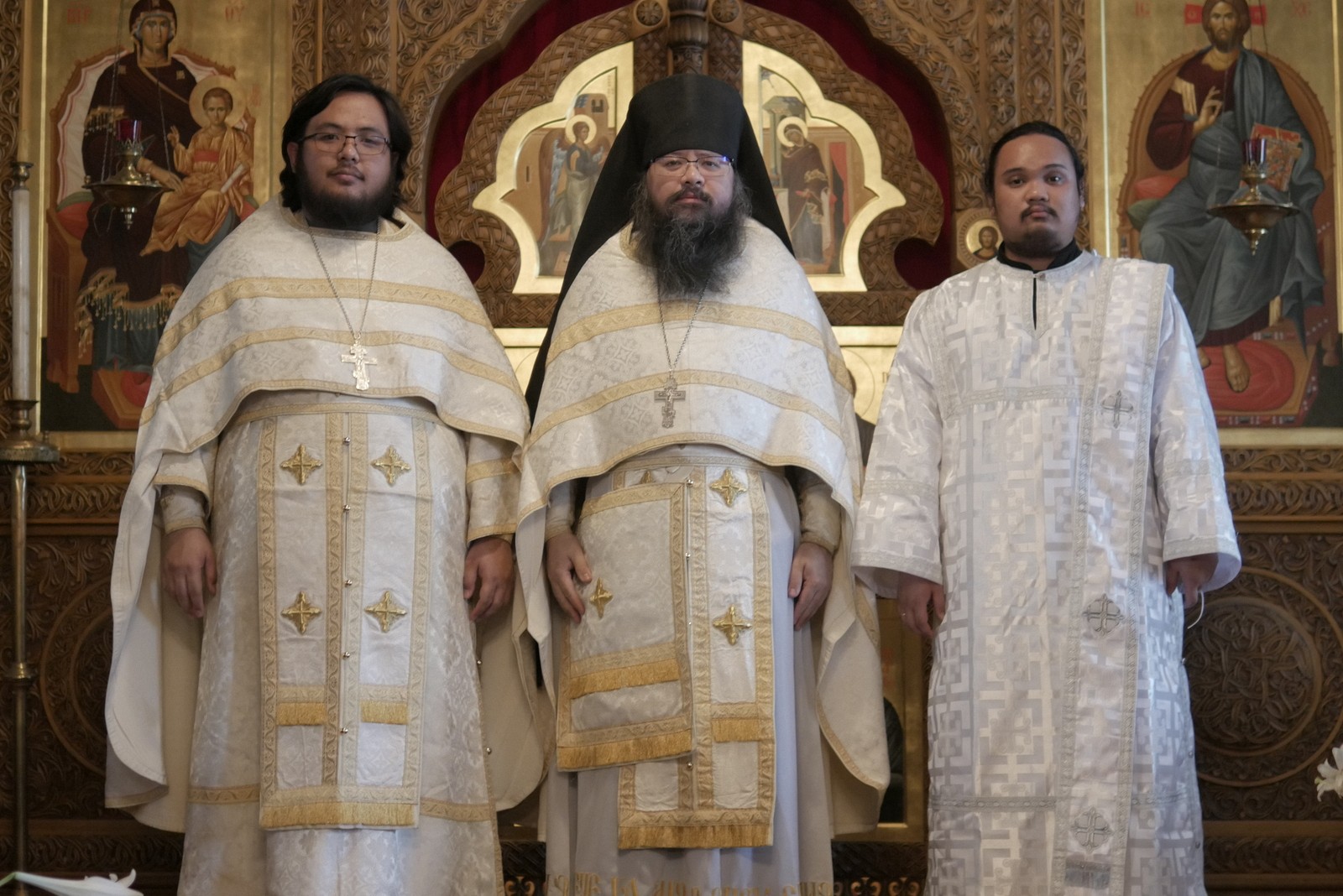 On the third Sunday of Pascha, the Sunday of the Myrrh-bearing Women, His Grace Bishop Luke presided at the Divine Liturgy, along with the monastery clergy.  This was a particularly joyful occasion as Vladyka performed two ordinations along with a tonsure to the subdeaconate.

Hieromonk Phillip from the Philippines was one of the first to enter the new Master’s Program at our Holy Trinity Orthodox Seminary.  Last school year he was joined by one of his parishioners, Romanos Regado, who was eventually ordained a deacon.  This past year, another spiritual child of Fr. Phillip, Lawrence Cunningham joined the Philippine contingent.

On Sunday Vladyka tonsured Lawrence a subdeacon during the 6th Hour.  Later, after the Great Entrance, Fr. Romanos was ordained a priest, and then after the consecration, Lawrence was ordained a deacon, much to the delight of everyone present, as these men have impressed all with theirs and Fr. Phillip's missionary zeal and fortitude, despite many temptations, in accomplishing their goal of bringing true Orthodoxy to their homeland.

Vladyka Luke, at the end of the liturgy, congratulated the fathers from the Philippines and wished them spiritual success in all of their endeavors for the Church.  He spoke of this event as evidence of the missionary zeal of the Russian Orthodox Church Abroad.

Orthodoxy in our days is spreading throughout the Americas, as well as in Africa and Asia.  The Philippines, Indonesia, Thailand, Vietnam and other countries in that region have flourishing missions.  Let this be clear evidence of the traditional missionary efforts of the Russian Orthodox Church. St. John Maximovitch stated that one of the main reasons that God caused the Russian Diaspora was the spreading of Orthodoxy throughout the world.