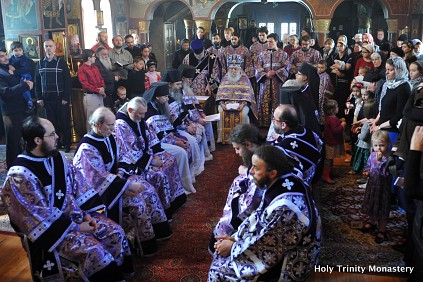 On Holy Thursday, Abbot Archimandrite Luke served the The Order of Washing of the Feet after the Holy Thursday Liturgy.

"Jesus knew that the Father had put all things under His power, and that He had come from God and was returning to God; so He got up from the meal, took off His outer clothing, and wrapped a towel around His waist.  After that, He poured water into a basin and began to wash His disciples’ feet, drying them with the towel that was wrapped around Him." - The Gospel according to St. John.