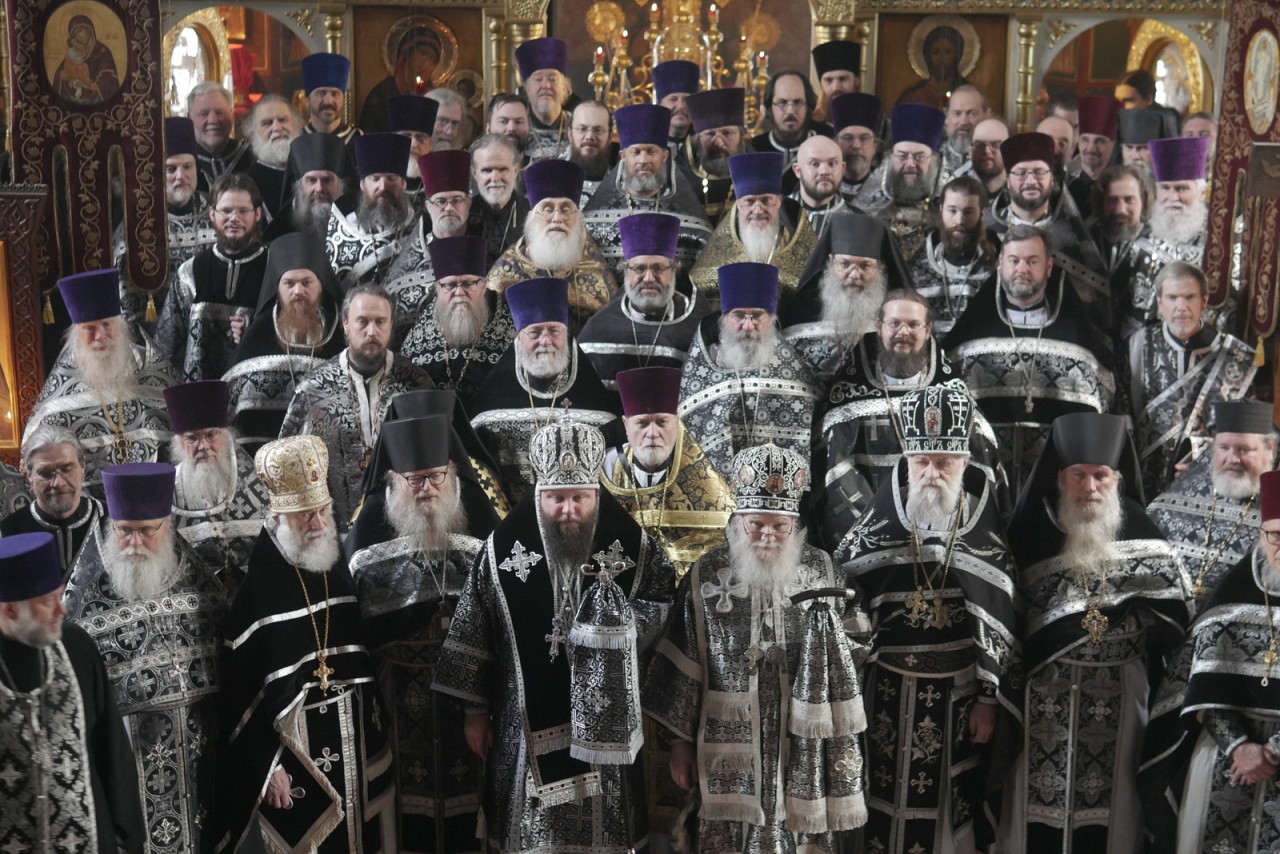 A very good practice of our Church has been to hold clergy conferences a couple of times a year, during which the clergy many have brotherly contact and interaction with each other and the bishops.  Due to the COVID -19 pandemic, this was not possible until this year since 1920.

Over 70 clergy, bishops, priests, deacons, and so on, congregated at the Lavra of the Church Abroad in Jordanville, NY.  For many of the, this was their alma mater, where they formed their priestly vocations.

On Monday evening, the conferees began arriving.  On Tuesday, the key-note lecture was given by Protodeacon Andrei Psarev on the history and development of the Russian Orthodox Church Abroad.  In the afternoon there was a time devoted to questions and answers.  There was also ample time to visit the greatly expanded monastery bookstore and also other places of monastery obediences.

Seminarians were encouraged to participate as well as the monastery brotherhood.  Seminary was closed on Wednesday, the day that all served together the Divine Liturgy of the Presanctified Gifts, in union with two of our episcopal pastors.

For many if not most of the clergy, the conference being held in the monastery, gave them the opportunity to pray and serve according to the strict Orthodox typicon during Great Lent.  The lengthy services also provided all with the opportunity to partake of the Mystery of Holy Confession.

Besides the unabbreviated monastic typicon, the chanting was done antiphonally in two kleroses, interchangeably in English and Church Slavonic.

Such was the atmosphere of spiritual gratitude for being in the monastery even if for only a small piece of Great lent, that it was widely felt that from now on the conferences should be held in the monastery.

On Wednesday, after the bountiful Lenten meal, prepared with love by the monks and seminarians, the clergy departed, each for his place of obedience, hopefully strengthened by the Lenten atmosphere of the monastery, so as better to greet the great feast of the Lord’s Pascha.