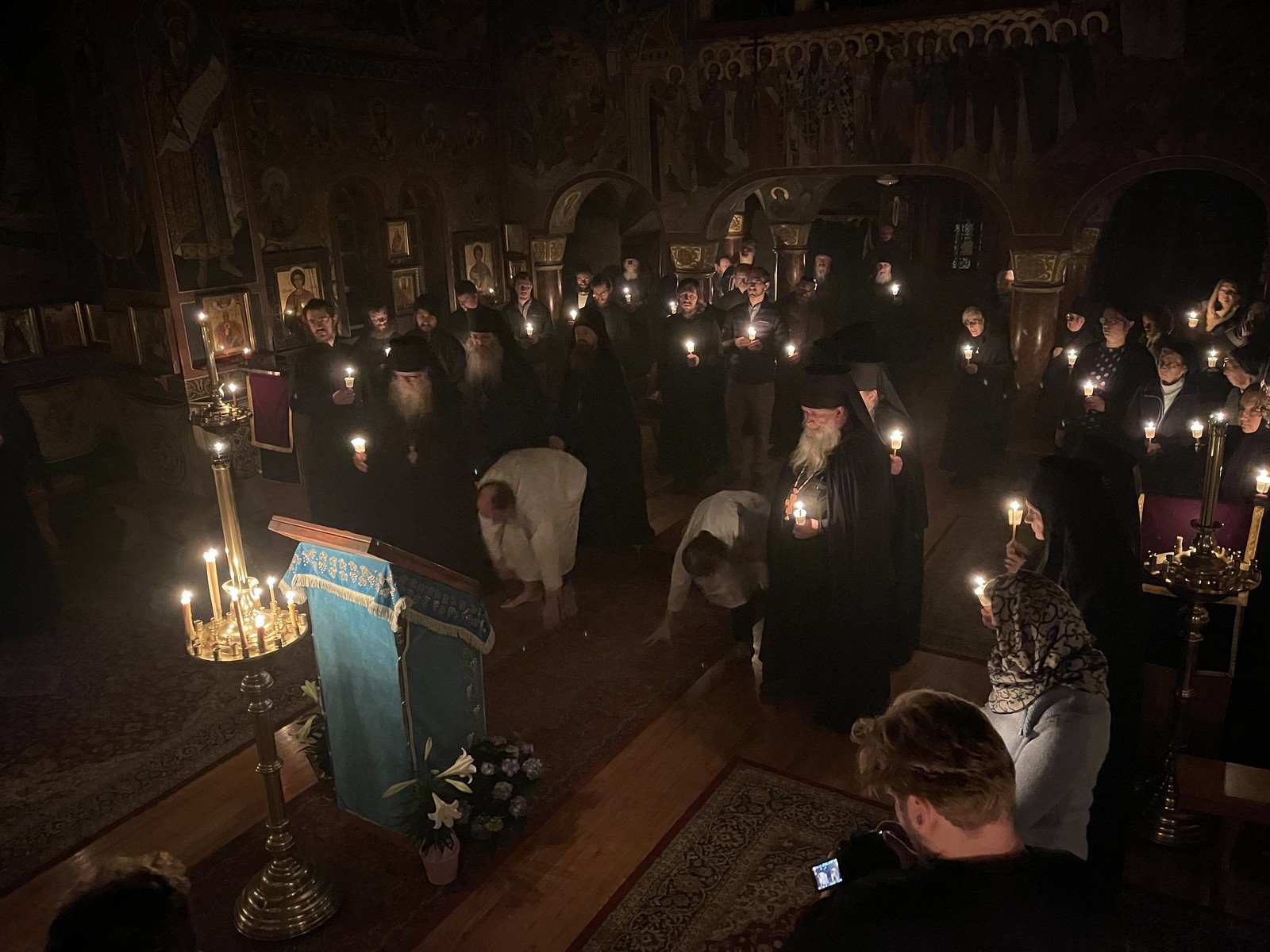 According to the typicon of the Lenten Triodion, on the Saturday of the Fifth Week of Great Lent, the Akathist Hymn to the Theotokos is chanted as part of the Matins service.  As usual, His Grace Bishop Luke served the Akathist Hymn along with the brethren of the monastery.

At the end of the First Hour, the service of the tonsure to the Little Schema as performed by Vladyka. Hieromonk Sergei from the Canadian diocese was tonsured as per the request of His Eminence Archbishop Gabriel.  He was given the name of Spyridon.  Our own Rassophore Monk James was tonsured and given the name of Mardarije, in honor of the newly canonized saint of the Serbian Orthodox Church in America.

Tonsures are always joyful events in the life of our monastery.  It is so appropriate, and is actually traditional in our monastery, to have tonsures on this feast of the Mother of God, as she is the protectress of monastics.

At the end of the tonsure, Vladyka gave a short sermon in which he expressed the thought that by being tonsured, these men extended the Kingdom of Christ in our world and pushed back the kingdom of darkness.  Vladyka stated that according to the Gospels, even if one righteous man prays for the world, that it will continue to exist.

May the Lord, through the intercession of the Most Holy Theotokos, guide our new monks in their paths to salvation