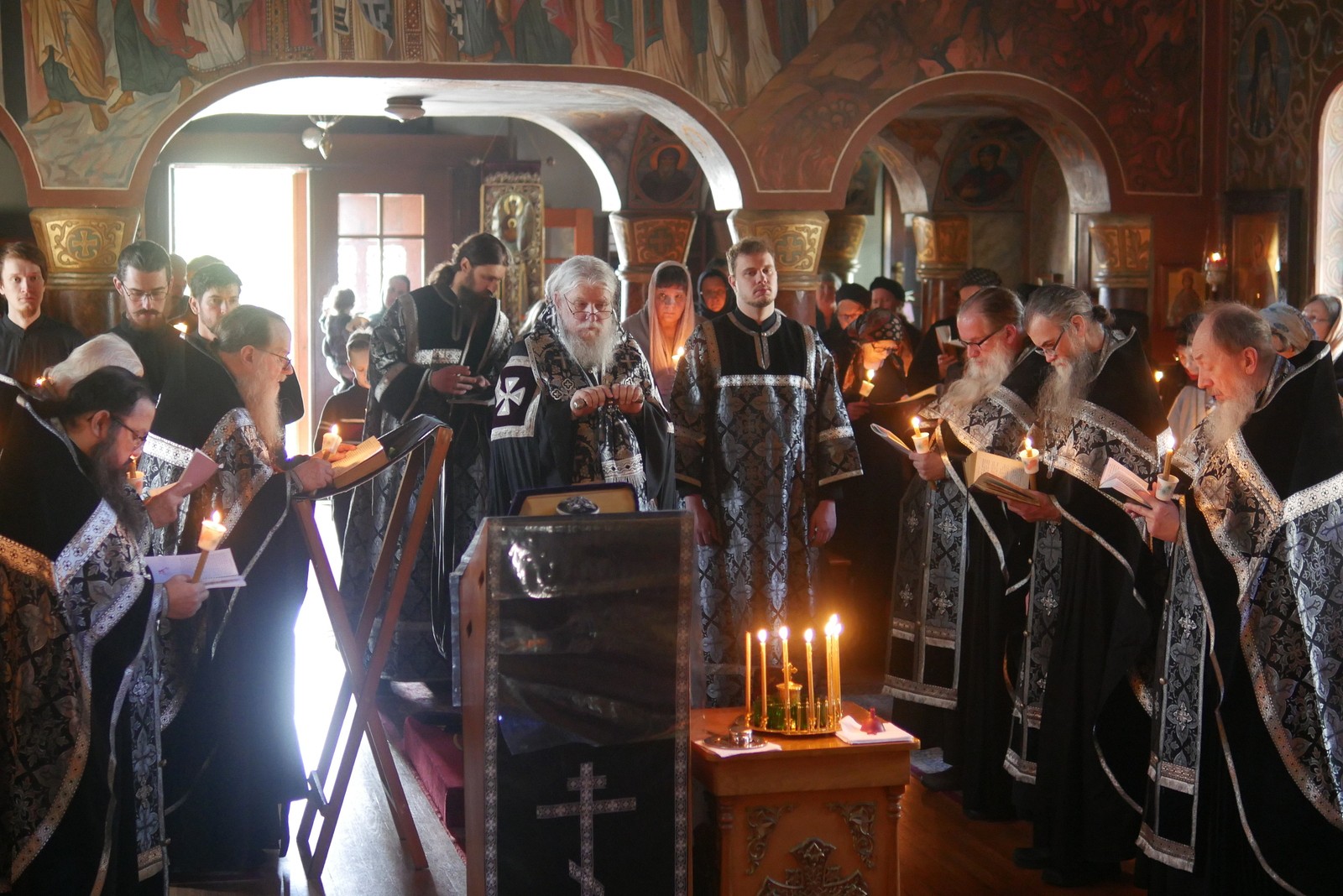 Many years ago the monastery did not have its own Unction service as is customary, during Great Lent in many dioceses, however around 30 years ago, a time when several of the monastery brethren were ailing from serious illnesses, Archbishop (later Metropolitan) Laurus, became convinced that it was a good thing to do.

However, the service was usually held during Holy Week, and about 14 years ago, it was decided to change the time of the service to Tuesday of the Sixth Week, which is when it has been held ever since.

Since the monastery has a number of hieromonks and also married priests attached to the monastery, it is no problem to obtain the traditional number (7) of priests to serve this mystery.

The church was full as many came from other parishes to participate in this rare service, usually held only once a year publicly.  It is known that among the faithful there were those afflicted with grievous illnesses, including cancer.

At the end of the service, all present availed themselves of the anointing with the blessed oil, by Vladyka Luke and six other priests of the monastery.  It took some time to anoint all those present.

May this sacrament help prepare ourselves spiritually for Holy Week and the celebration of the Lord’s Pascha!