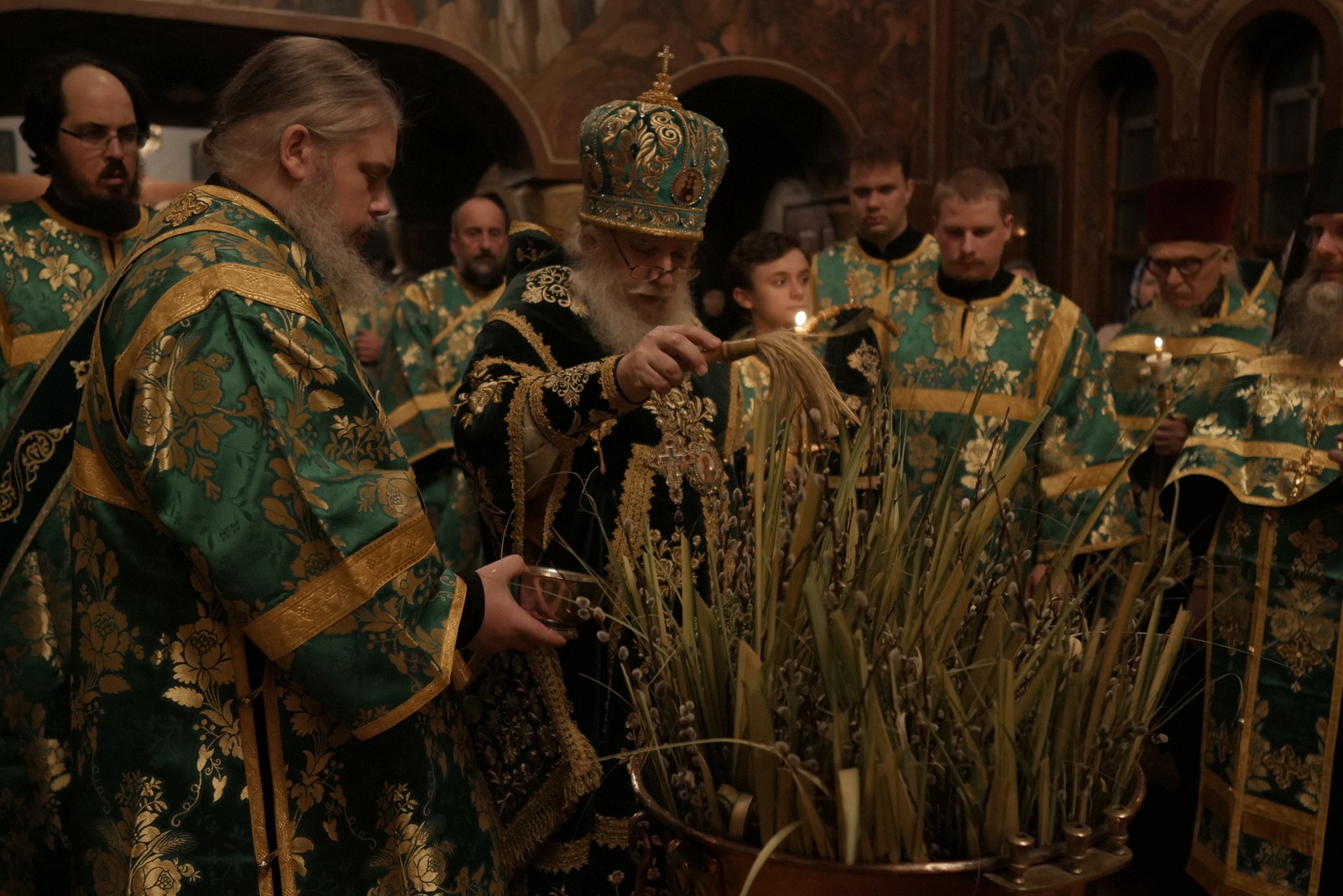 Liturgically Great Lent finishes on Friday of the 6th Week of Great Lent, and the Church celebrates a dual feast, that of the Resurrection of Lazarus from the dead and the Entrance of the Lord Into Jerusalem, or Palm Sunday as it is commonly known.

This is a joyous feast, commemorating the Lord’s triumphant entry into the Holy City.  It was triumphant as it had become known that He had raised a man from the dead, who had lain in his tomb for four days.  Many expected that he was now come into the city to overthrow the Romans, as they had a very worldly understanding of what the purpose of the Messiah was.  For this reason, he was welcomed with palms and the laying of robes at his feet, a typical Near Eastern way of welcoming a conqueror.  However, the same people were later to shout at Him,

“Crucify Him, crucify Him,” when He did not live up to their expectations.

So even though the people involuntarily welcomed Him as the King and Lord, we know that he was entering the Holy City to suffer His passion and be crucified.  Despite this, we also know that He will be risen from the dead, so all in all, it is a great celebration, despite what we know is to come to pass.

The brethren and neighbors zealously prepared the usual bouquets of palms and pussy willows for the feast.  The church was crowded for both the Vigil, when the blessed boughs were handed out to the faithful, as well as for the Divine Liturgy on Sunday.

Sunday morning, two young men, after several months of preparation, were baptized before the start of the Liturgy by Hieromonk Theodore.  They were given the names of Michael and Jakob.  On Lazarus Saturday, a baby, Anisia, was baptized by His Grace, Bishop Luke.   During the Hours, seminarian Reader Ivan Golovin was tonsured a subdeacon.  We congratulate him and his wife, Thecla and the newly baptized.

In the late afternoon, Vespers was served, and liturgically we go back to strict Lenten services, those of Passion Week.  May God give us the strength to finish the race to the harbor of the Lord’s Resurrection!