Commemorations at the Divine Liturgy 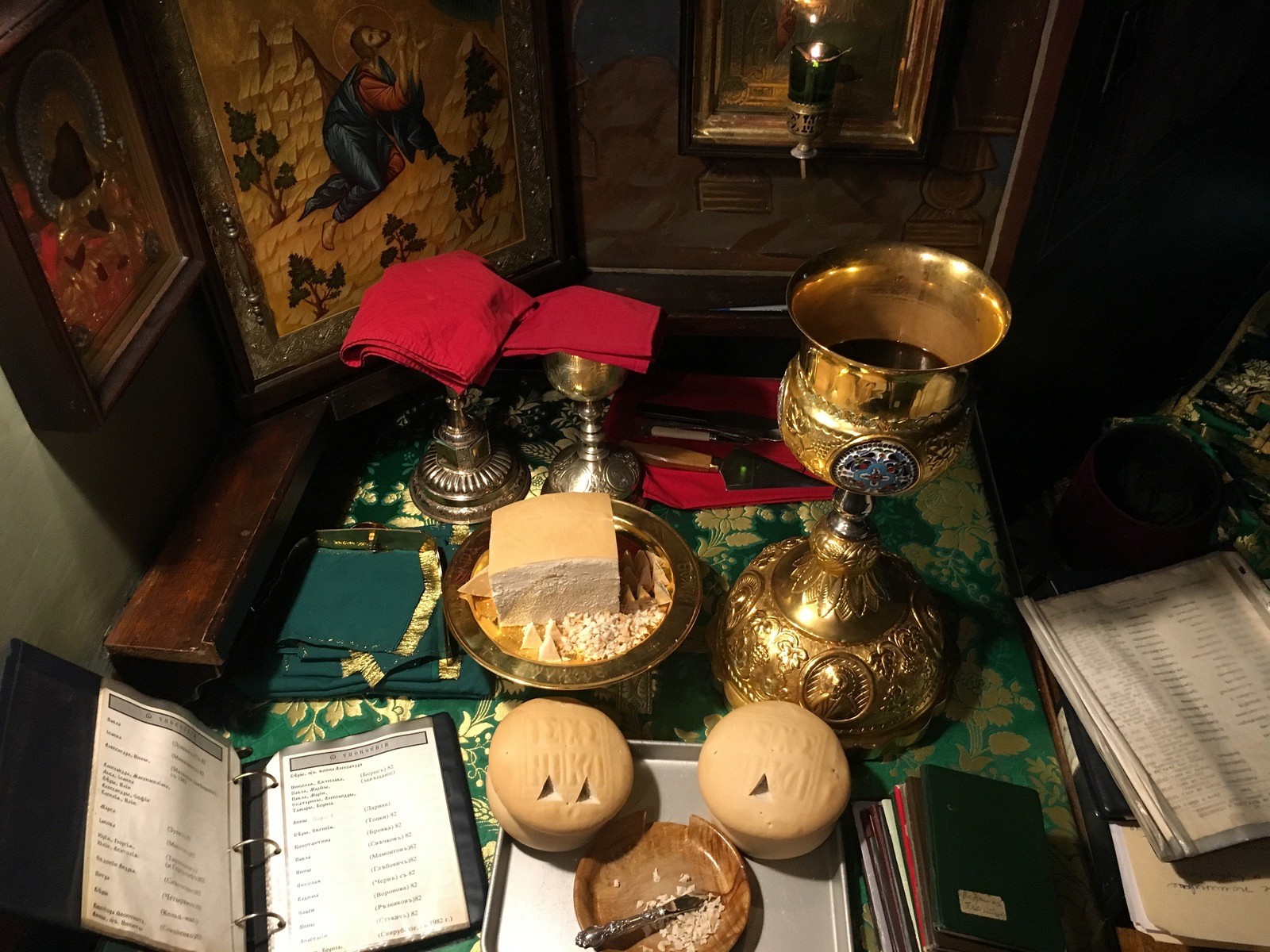 It has come to our attention that as a result of the influence of Renovationsim and Ecumenism on the Orthodox faithful in America there are clergy that commemorate non-Orthodox Christians at services for the reposed and at the preparation for the Divine Liturgy, the Proskomedia. In an article posted in “Ancient Faith Ministries” one  justification for such an aberrant practice is that the liturgical manuals of the Holy Fathers on the subject are “…dusty and sometimes dubious tomes…” and thus need to be revisited with a more up to date interpretation. I have asked Father John Boddecker a professor in our Seminary to comment.

Commemorations at the Divine Liturgy

At the Divine liturgy, the Orthodox faithful regularly commemorate their living and departed loved ones by offering prosphora and submitting names to be read by the clergy in the altar at the time of the Proskemedia. During the Proskemedia, the priest will remove a particle from the prosphora for each of the living or departed Orthodox Christians he has been asked to commemorate and place it on the diskos on which stands the Lamb, the bread which will be transformed into the Body of Christ, along with larger particles commemorating the Mother of God and the various ranks of saints in Heaven. The Holy Fathers have seen the diskos as an image of the Heavenly Kingdom and the Church where our Lord reigns with all His saints. Because of this, the Church has only ever included in her commemorations at the Proskomedia those who are fit to receive of the Holy Mystery of Christ’s Body and Blood and who may hope to have a share in the Heavenly Kingdom. Therefore, while we certainly may pray for our loved ones who are outside of the Church, during the Divine Liturgy we only commemorate the Orthodox living and departed.

Concerning this, our Father among the Saints, Symeon of Thessalonica, one of the greatest liturgical theologians of our Church’s Tradition, says the following: “There is no place here on the diskos for unbelievers, let alone for the heterodox. ‘For what communion does light have with darkness?’ since, Scripture says, the angels will separate out the evil from the midst of the just. Therefore it is also not at all right for a priest to make an offering for a heterodox or make a commemoration of him; neither is he permitted to do so for those openly sinning and unrepentant. For the offering is to their condemnation, just as it is also for the unrepentant who receive communion of the awe-inspiring mysteries, as the divine Paul says.”

The particle of the one improperly commemorated at the Proskemedia before the Liturgy, by being placed in such close proximity to the Lamb, which will become Christ, and on the diskos, imaging the heavenly kingdom, is like that man who sought entry into the wedding feast of the Heavenly Bridegroom without the proper wedding garment and so was expelled. And not only this, but as St. Symeon also points out, “the particle that is placed near the eucharistic Bread, when that becomes the Body of Christ in the course of the Liturgy, the particle too is immediately sanctified.  And when it is placed in the Chalice, it is united with the holy Blood.  That is why it transmits divine grace to the soul of the one for whom it is offered.  So a spiritual communion takes place between that person and Christ.  If the person commemorated is among the godly, or those who have sinned but then repented, that person receives the communion of the Holy Spirit invisibly in his soul.” Here again, we must keep in mind the warning of St. Paul about the risks of improper reception of the Eucharist (I Corinthians 11:27-32) and recognize that it is not fitting that we should commemorate at the Proskemedia those who, either because they are outside of the Church or because they are living in unrepentant sin, would be unfit to receive from the Chalice themselves in the course of the Divine Liturgy were they in attendance.