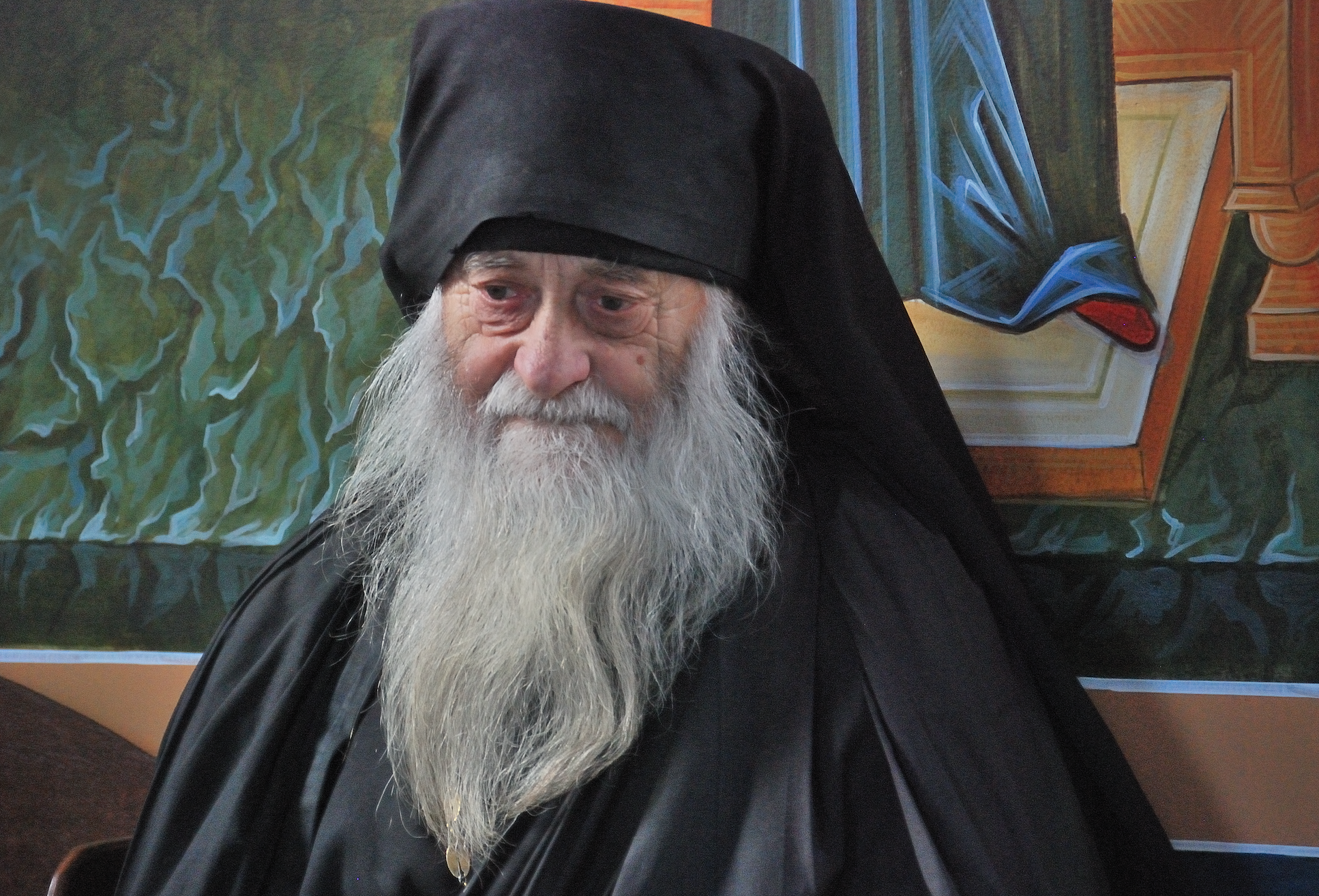 When I started visiting the Holy Trinity Monastery and eventually came here to live and study in seminary in the fall of 1980, I quickly came to know the fathers and brethren of the monastery.  All of them, of course, had their individual characteristics.  Fr. Job was one that truly stood out for his humility and tranquility of soul.

It can be said that in the case of our monastery, especially, it was built with blood, sweat, and tears.  Many were the difficulties, temptations, and astounding was the hard work with which our fathers built the foundation of the monastery.  And if we were to refer to hard, physical work, it can be said that no one, other than perhaps the founder of the monastery, Archimandrite Panteleimon, labored more for the glory of God and his salvation.

Fr. Job had taken over the farm labors from Fr. Panteleimon.  He worked from early morning into late into the evening, doing the usual work that farmers had to do.  But he also kept his monastic labors, attending the services and serving in the altar as a priest.

If you did not know Fr. Job personally, but just judged his exterior characteristics, you might think that he was just a simple worker, who also was pious and enjoyed this type of work.  However, if you got closer to the man, you realized that his quietness, his tranquility and great humility were the results of his prayerfulness and practice of the monastics virtues.

Fr. Job was not known to gather people around himself to socialize.  He rarely said anything out loud of a spiritual nature, but when he did, when he was encouraged to share with people, one could sense his deep spirituality.

One never forgot Fr. Job’s blessings.  After making the Sign of the Cross over you, he grasped your hand, with what he thought was tenderness, but it usually hurt a bit, as he was very strong from his physical labor.

Fr. Job was not a spiritual father as such.  He did not hear confessions.  In my memory he did not give sermons.  However, his whole life was a sermon.  Quite often, the Holy Synod of our Church has taken our more learned hieromonks to become bishops and sends them all over the world.  I heard once that they also wanted to make Fr. Job a bishop due to his humility.  On the one hand, this says a lot about the values of our Russian Church Abroad.  It also speaks a lot about Fr. Job’s qualities as a steadfast servant of the Lord.

The time came when for economic reasons, the monastery administration felt it necessary to close the cow barn and sell off the cows.  By this time, also Fr. Job was having more difficulty in moving around due to arthritis and bad knees.  But he did not stop his labors.  He took on the labor of collecting all the monastery and seminary trash and garbage.  He also kept cleaning the snow in the winter, mobilized by modern machinery.  Without any false humility, but with a certain satisfaction that he could still be useful, when one of the many new visitors from post-communist Russia came to visit our monastery and inquired of Fr. Job who he was, he would simply say I am Archimandrite Job, and I collect the garbage.  I can’t help but wonder how this must have impressed pilgrims from Russia, where an archimandrite does not usually take on such obediences!

For years, Fr. Job slowly declined in his physical health, but he kept participating in the services and monastic gatherings, such as the meals, as long as he could.  He lived to be 95 years old, and it seems to me that the Lord wanted to keep him around for our edification and as a reminder of our foundation, of those who built this monastery, and to whom we owe a great debt.  And now we have another heavenly intercessor before the throne of God, to pray for us during these difficult times.

Dear Fr. Job, pray for us, and may the Lord keep you in His glory!