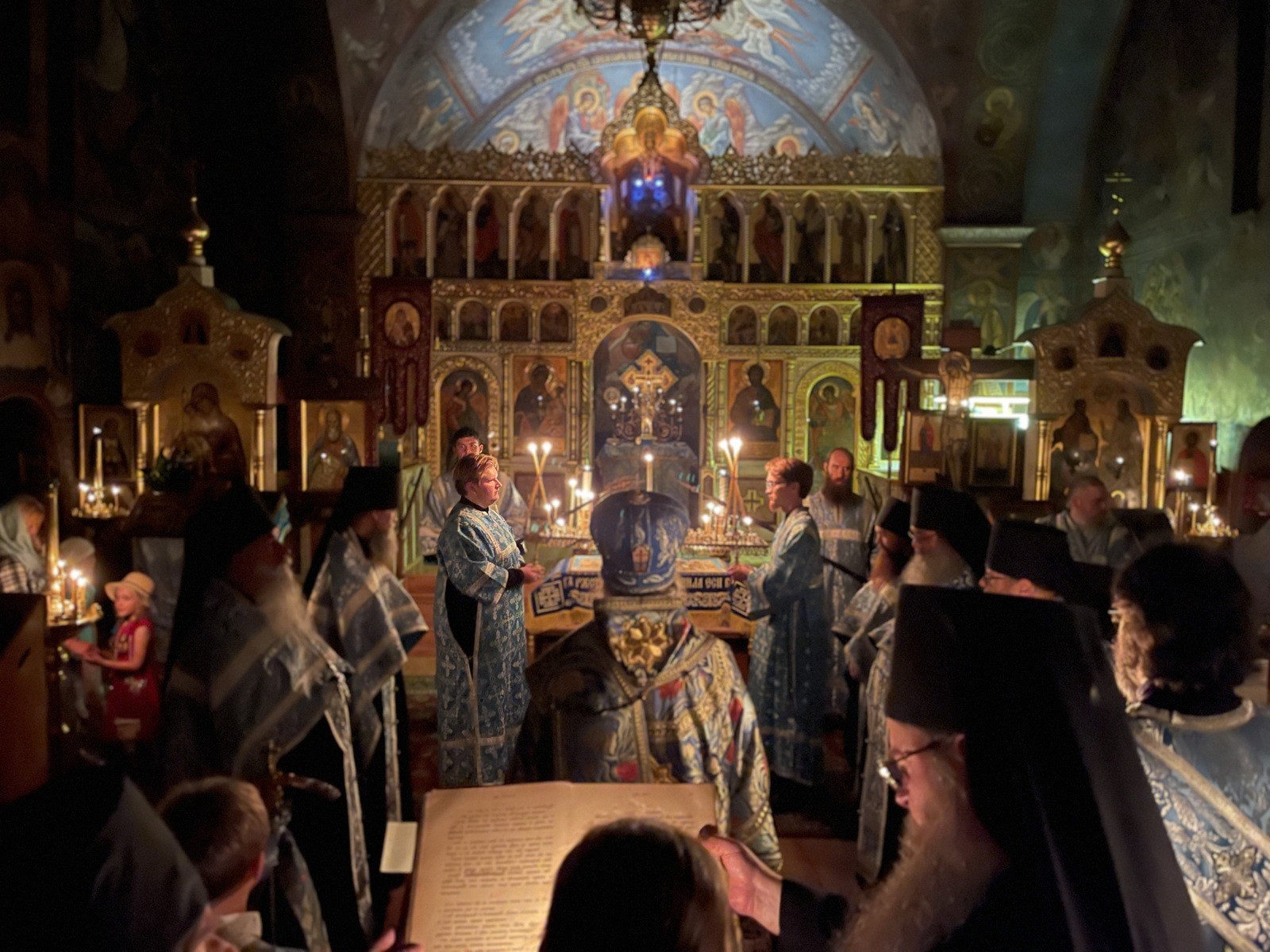 A few years ago, His Grace Bishop Luke, abbot of Holy Trinity Monastery, instituted the practice of celebrating the “Burial” of the Mother of God.  In Russia, there were different practices of how to commemorate this event.  In our monastery it was decided to perform this service on the Eve, or the Forefeast, August 14th.

On the eve of the 14th, during the chanting of “The Lord is God…” Vladyka censed the Burial Shroud of the Mother of God, which had been previously placed on the altar table.  As the troparion was chanted, the Shroud was brought to by the celebrating clergy and placed on the tomb which had previously been placed in the middle of the church.

Subsequently, the Praises were chanted, as is similarly done during the Matins service for Holy Saturday.  Later, at the conclusion of the chanting of the Great Doxology, the Shroud was carried around the church, symbolizing the Burial of the Mother of God.

The following day, Vladyka celebrated the Divine Liturgy together with the monastery clergy.