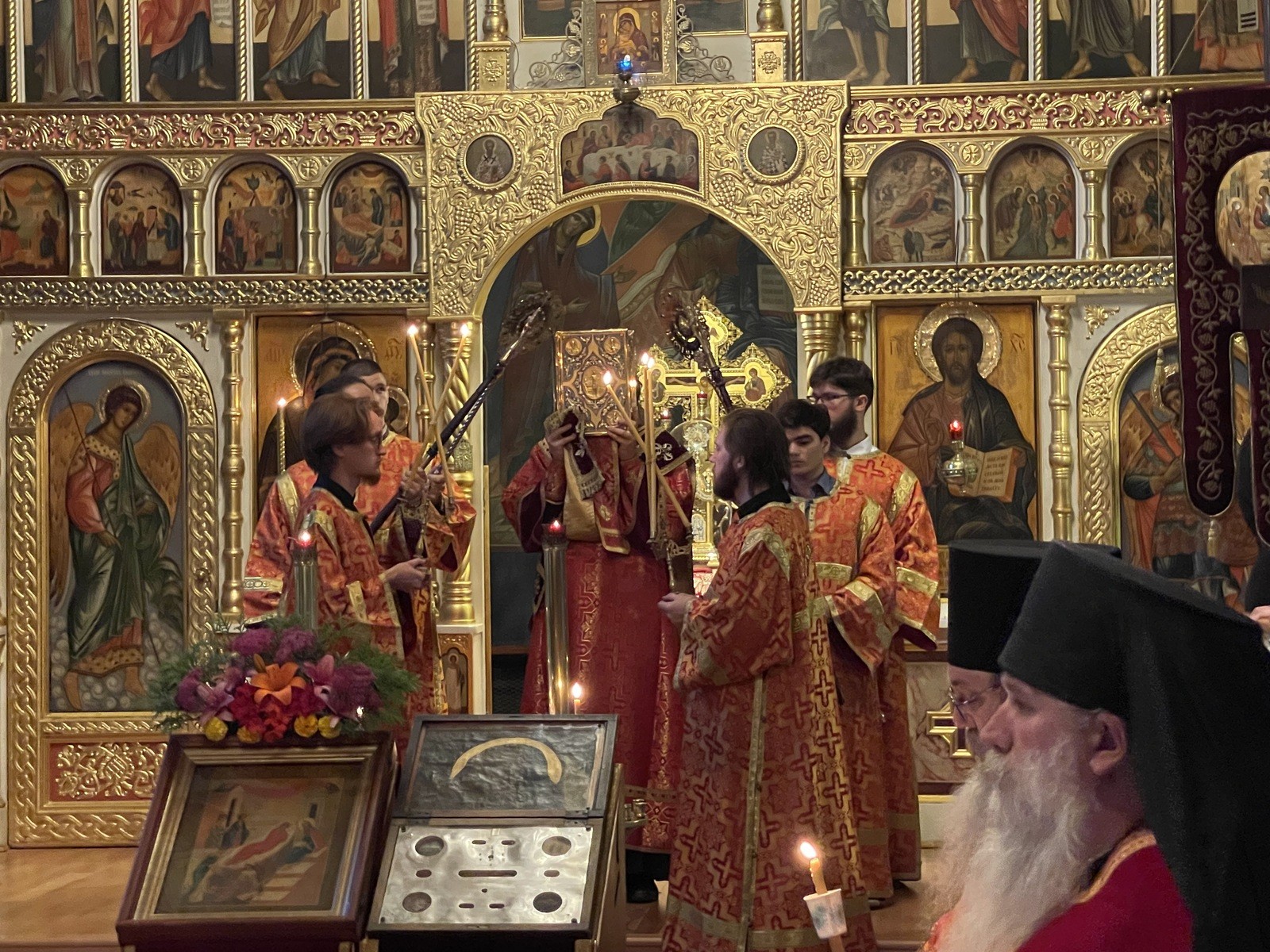 On July 7 (N.S.), the Church celebrated the feast of the Nativity of St. John the Baptist, of whom the Lord spoke as a man no greater of whom had been created.

His Eminence, Archbishop Gabriel of Montreal and Canada, presided at the services on this feast, arriving from New York City, to commemorate the 26th anniversary of his consecration to the episcopacy, which took place in the monastery.  His Eminence was joined by Vladyka Luke and co-served by the monastery clergy.

Vladyka Gabriel was a graduate of our Holy Trinity Orthodox Seminary, and subsequently a teacher, before going to the Synod headquarters in New York to work in the church’s offices.  Vladyka has been a huge support of the monastery and seminary ever since, coming frequently to participate in our feast days and celebrations.